“Trees! Will my heart on earth, recognize your roots? “
Federico Garcia Lorca

I can imagine how devastating the shock of that morning was (at 7 o’clock to be precise) at the end of May when a secular row of pine trees was cut down in La Spezia: piece by piece, the foliage first, then the branches and finally the trunks; their death as majestic as their life. All this to make room for a skewer of concrete arches by the French artist Daniel Buren. Art against nature? While this expression is literally correct it is equally astonishing that we seem to have arrived at a point where art and trees are at each other’s throats, the outcome a matter of life or death, though of course, death, playing as art, would win. How is this possible I ask? How did it come to this? Quick flashback.

From the Greek Lyricists to the Impressionists, everyone has watched trees: Marisa Volpi has written about this better than anyone. But pretty quickly everything went wrong, for the trees that is. Innocence lost despite an abundance of fruits and colours, and amid a daydream already filled with bad omens (Van Gogh, Gaugain, etc.) the ever cautious hands of Mondrian chose the tree as first sacrificial victim: he methodically extracted its life and sap, with the brutal stoicism worthy of a bullfighter he slowly drained the tree’s vitality as if it were a poison, and then encased it in a blue-red-yellow grid, one rendered visually arresting yet incapable of any form of flowering. Even so there was devotion in this sacrificial act as, for example, there was in the years Anton Cechov issued his lament against the felling of the Cherry Orchard, destroyed by speculation and greed, against the backdrop of an indifferent era, populated by a plethora of trendy pipsqueaks each capable of citing Buren in justification of that destruction.

Certainly it is not easy to introduce pure nature into artistic actuality. “Nature loves to hide” wrote Heraclitus, and doubly so if it has to contend with manipulative fine artists, who for over a century have sought to distinguish themselves and not give in to representation – not to a sample : to representation itself – of the world as it is. To them choosing such a direction would at least equate to naivety, or even foolishness. They, like the artistic serial killer Damien Hirst, have no intention of taking such risks. Luckily it is impossible to ignore all of this, and those who try are discredited by facts, especially if we like what we are looking at and we end up considering it our beginning as well as our haven, perhaps our only consolation. Moreover this good stuff is always around, it has a name: nature. Talented and highly diverse artists such as – in no order – Wolfgang Laib and his pollen or Peter Doig and his spectacular canvases could not do without nature.

I would have no problem including Manuel Felisi, who with few whims integrates urban and natural landscapes into his field of vision, as the spearhead of a generation of artists with their eyes wide open. However, these are rarely extensions of internal disturbance and psychic screams – we’ve already done that! – but tests of a vision around variable structure, formal reconnaissance, precise iconic tuning, architectural focus, stylistic control, exercises in admiration of complex constructions. For nude constructions.

“In my eyes trees have always been without leaves, those with leave are still amazing, yet they have no need of anything else, they have no need of art” says Felisi. In fact, I have before me the vision of these skeletal trees, the last ones viewed dramatically from below, indecisive as whether to take root or take off. Just like the Heideggerian Professor Isak Borg in Bergman’s Wild Strawberries: a perspective of the tree’s symbolic function as well as the perfect conjunction between heaven and earth. I follow their extensive quintessence, their bone structure multiplied to the power of a thousand, the privations suffered from other autumns and winters, from before ‘900, like those that absorbed the growing pains of a young Egon (Schiele). He, like Manuel, was inclined to see in the complicated, super-thin branches an equivalent to our blood stream, mapping dark flows where the life giving sap is equal to blood. So much so that Felisi claimed “the tree is one of my lungs,”. The now topical moral background of this statement is obvious. They are us, as it was for Fellini. This idea briefly skirts the coral reefs of Alberto Di Fabio that speak of the exchanges and relations between our macro and micro world. It tells us that everything is connected and corresponding to another, and that no blade of grass is extraneous, because if living beings reveal their common morphology perhaps they are also able to feel, to sympathize with a common destiny. I said perhaps.

Technically Felisi works with acrylic and resin, old rolls of wallpaper (“I first used my grandmother’s, now there are even bits of my daughter’s clothes in there” Iipse dixit), backdrops for his tree photographs, imbuing this botanical world with a special spectral presence, a silhouette, a clawing shadow that stretches out to take space, imprisoning him. Felisi’s is a disparate operation, stubbornly personal yet informed by style and technique, borne of experience, typical of those who can produce installations (even beautiful ones), very naturally and without batting an eyelid, a Babel of contemporary linguistics. All this in as single narrow, lasting, gesture. And here we have to be good.

In the margins, a micro-changeable and varied tapestry is activated in the painting by Vuillard to Cesare Tacchi while in the hands of Sabah Naim or Donatella Spaziani wallpaper is processed, metabolised and feminised… That is: intense graphic passion, in the making and unmaking of ornaments, in the texture and weave, in penetrating and spinning the surface, enriching it as compensation to nature. Maybe it forms an analogy between a spider web, a nest and any architecture at its very height?

Felisi successfully rehabilitates notions that usually the unskilled tend to throw into disrepute: the power of decoration as glossy constructive tension, the order of composition, the evidence of an unashamedly sophisticated beauty almost in ecstasy. Obviously this is both decoration & design, the neo-floral taking shape, a structured surface, which then relates not only with skin of the work (no “coating”) but inwards to its invisible DNA, its genesis.

Nature is, or is playing, chess? A large image by Felisi is often composed of many small images.. The many frames that cut here and there are like pruning. The idea of assembly prevails, the sequence, the project, and supposedly the work becomes infinite. Lets say that stylistically the solution is Nordic. It is for people who once watched sails and fir trees in the fog from windows. Manuel recalls that “From youth the window I watched from was squared at the bottom. I really am fixated with structures.” And with memory dear Manuel, since it is not absent from any of your works. Always start from there, from an original feeling which, at some point, blooms. I guess that’s just your own very private big bang. 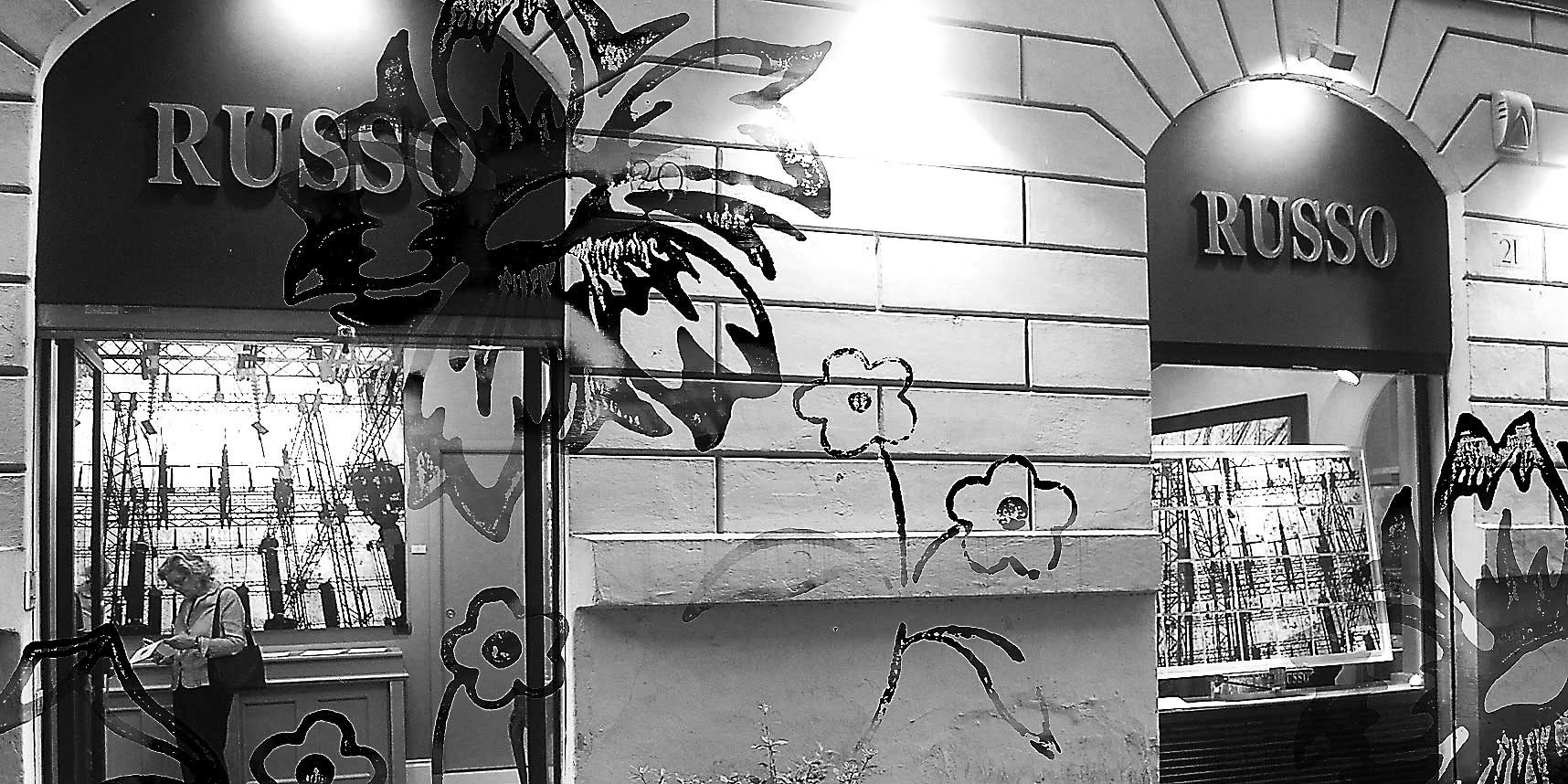